Dublin, Ireland which hosted the inaugural event of Development Symposium in the year 2012 and after that, this event has hosted at different global destinations, by touching many of the Member National Authorities of the World Sailing and aiding them in order to develop the sport. 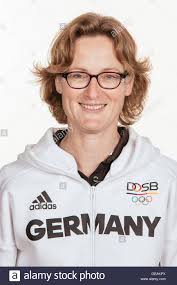 The program which will last for 3 days is orientated around sharing, planning, networking and learning and also allows the attendees to have some discussion regarding the development of participation and performance of sailing programs along with funding opportunities. The symposium is basically an interactive event with various opportunities for discourse and also workshops, bringing together experiences and ideas from a large variety of MNAs.

Nadine Stegenwalner who is the Vice-President of World Sailing will also feature in attendance and he will be joined by Krisztian Kulcsar, the president of National Olympic Committee of Hungary, and Balint Vekassy who is the Secretary-General, and Nominated Experts of world sailing, Managers of National training program and many more.

The Symposium of Development directly compliments with the work of the Committee of Development and Regions, with the given report from each of the event aiding World Sailing to garner valuable information as to how its work can actually continue in order to develop, and giving those delegates attending from Emerging or New Nations, a much wanted opportunity to have their stance heard.

The first symposium of development was held in Dublin in 2012. And that event was presented like a forum where all MNAs could discuss and present areas of Development and Training and also have an input into the whole strategy of the World Sailing. Over the last years, the Symposium of Development has become very much more. And is expected to expand and flourish more and more in the near future.